In townships of South Africa, we have people from different countries coming in townships of South Africa to look for greener pastures. During apartheid days there were South Africans leaving the country to go to exile. Former President Mr. Nelson Holihlahla Mandela known as Madiba went to Tanzania for exile and other comrades escaped and went to Zambia to train and form the gorilla armies so that they can return back to the country and overthrow the apartheid system, Now in 2020 there are Zimbabweans leaving their own country because of the violence that is currently happening in their country, their new president who is Mr. Emmerson Mnangagwa is eviler than their former president Mr. Robert  Gabriel Mugabe.

They have used soldiers to remove Robert Gabriel Mugabe and replace him with Emmerson Mnangagwa because they thought he could make a better president. president Emmerson Mnangagwa is capable of arresting anyone that exposes corruption in Zimbabwe, there are journalists who got arrested for misinformation because they were updating the world about the situation in their country, so many people from that nation where killed in the hands of the military force.

Zimbabwean citizens are risking their own life’s when they come to townships of South Africa because they have to jump the crocodile river in Limpopo to cross over to South Africa, they have to pass through police, wild animals, and they wind up in the hands of the gang known as Guma-Guma. That gang has been around for many years and they have been terrorizing foreigners, they operate in disguise and they behave recklessly.

The reason why Zimbabwean citizens cross that dangerous river is that they are running away from their own country of birth and they don’t have legal documents like passports and asylums, lack of those documents limits them to opportunities like a social grant, birth certificates to for their babies and work. In schools, job environment of this country, they require those identity documents and passports but the majority of foreigners don’t have them because they became they came illegally.

The majority of foreigners in townships of South Africa came from countries in northern Africa such as Zimbabwe, Ethiopia, Rwanda, Zambia, Liberia, Angola, Somalia, Burundi, and the democratic republic of congo (DRC).

townships of South Africa is regarded as the third world of Africa, Africans view it as the wealthiest country in the continent and that is the reason why migrants view it as the perfect place to seek refuge. One of the reasons why they flee their country is because they try to escape poverty, hunger, political violence, and wars. When they come to townships of South Africa they settle for odd jobs like domestic, gardening, selling fruits and veg’s, even those that are very educated and qualified also settle for those jobs.

Majorities of foreigners duel in townships, most of them have bought RDP houses illegally because they obtained them in an illegal way. They are the cause of many crimes that are happening in the townships because they don’t have identity documents and by that, it is hard for police officers to identify them.

They are the ones involved in crimes like kidnapping, human trafficking, prostitution, murder, housebreaking, selling drugs, and looting. During strikes that are happening in the townships the law enforcement have discovered that most people in those strikes are foreigners disguising themselves as angry south Africans, they go around looting shops and claiming to be the main victims. South African resort to mob justice since police take bribes from foreigners. Since president Ramaphosa announce that borders must be opened the crime have rated in townships of South Africa has been high. 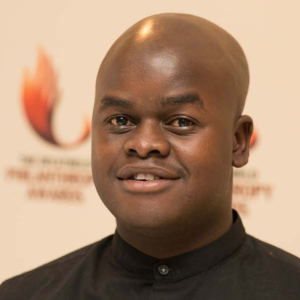 Neftaly Malatjie is the Chief Executive Officer of SayPro. Speak to him on WhatsApp: + 27 84 313 7407 Email: info@saypro.online or Call: + 27 11 071 1903 Neftaly started SayPro, a private company and a non-profit organisation dedicated to empowering young people in cities, townships and rural areas. SayPro is a global certified and accredited Higher Education Institution that provides certificates, Diplomas, Degrees, Masterclasses, workshops, and simulation programs. Through Neftaly Malatjie's vision, the SayPro has continued. The institution services families and businesses in Africa with business-related services. SayPro services over 1 million users per month in various services. To provide services now